The Bureau of Prisons has announced renovations will commence on the Thomson maximum security prison in Illinois. The funding was approved in January in the Omnibus Appropriations bill for Fiscal Year 2014.

The “state of the art” unoccupied state prison was built in 2001 and purchased by the U.S. from Illinois as a possible place to house Guantanamo inmates when Gitmo closed. Then Congress killed the transfer of Guantanamo inmates to the U.S.

Check out the gleeful response of Illinois senator Richard Durbin:

This is the news we’ve been waiting for. The funding that the Bureau of Prisons reported to Congress today is a significant investment in the economic future of Northern Illinois,” said Durbin.

END_OF_DOCUMENT_TOKEN_TO_BE_REPLACED 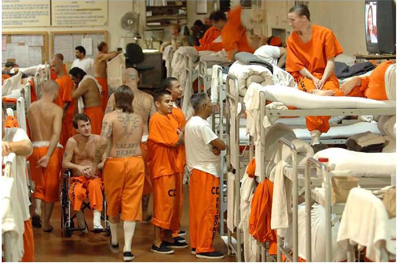 The April 5 opinion is here. The docket with links to other court orders is here. END_OF_DOCUMENT_TOKEN_TO_BE_REPLACED